Epidemics and Homeopathy Through History 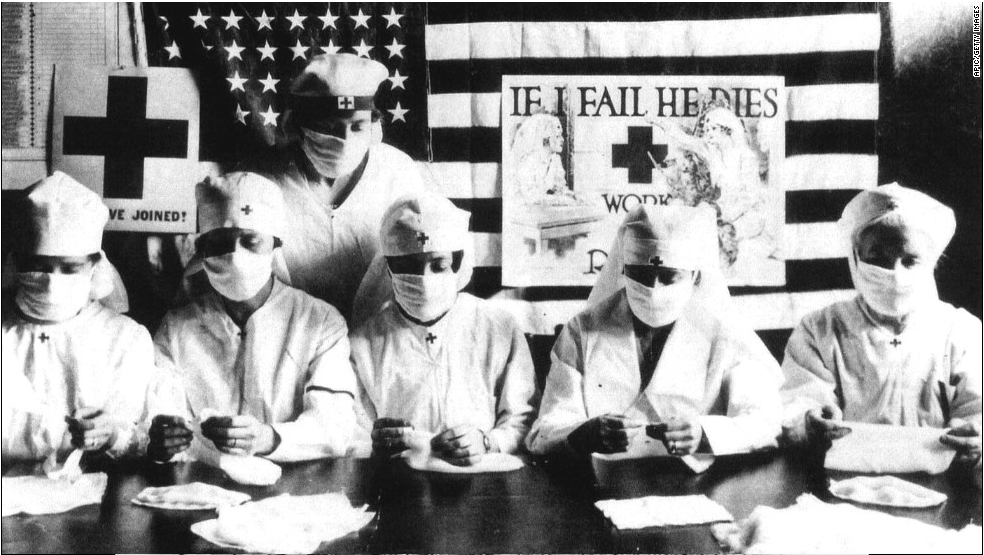 The great flu pandemic of 1918 and 1919 is estimated to have killed between 30 million and 50 million people worldwide. Among them were 675,000 Americans. (Photo courtesy CNN and Red Cross.)
For over 200 years, homeopathy has proven its safety and efficacy in treating epidemics.  Whether malaria, yellow fever, diphtheria, cholera or influenza, practitioners of the day report the success rate consistently far outweighed that of the traditional or allopathic physicians.

In 1849, Joseph Pulte became known for his homeopathic treatment of a severe cholera epidemic in Cincinnati, Ohio.  “In the Epidemic of 1849, people crowded to his door and stood in the street because the waiting room was full.” (Winston, Julian).

In more recent times, homeopathy continues to be used around the world for epidemics ranging from Cholera to Chikungunya.

To learn more the history of Homeopathy during epidemics, we suggest:

"Some history of the treatment of epidemics with Homeopathy” by Julian Winston,  Historian of Homeopathy.   ﻿

Chikungunya in the Caribbean 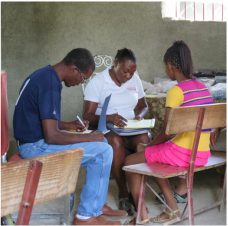 Homéopathes Communautaires meet with a patient during clinic.
Chikungunya, a mosquito borne virus common in Africa and Asia, was first identified in the Caribbean in December 2013.  "The lack of immunity among people living in the Americas provided a blank canvas for Chikungunya to spread throughout the population…” (CNN News)

In April 2014, HWB’s Executive Director, Holly Manoogian, reporting from Haiti said, “Homéopathes Communautaires (HCs) in Haiti are responding to the Chikunguna epidemic in their communities.  It is impressive to hear their reports as they address this escalating epidemic.” Mhaidjiv “PG” Legerme, HWB’s Haiti Liaison served as the hub for gathering and  relaying information to the HCs in Port-au-Prince and Belle Anse region.”  Read more.