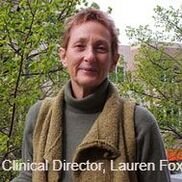 ​HWB’s pilot study (under the direction of HWB's Clinical Director Lauren Fox, FNP, BC, CCH and Joyce Frye DO, MBA, MSCE) using Homeopathy in cases of Chronic Chikungunya  began in March 2015. The findings of this observational study were recently published in the "American Journal of Homeopathy." To read the entire research paper, click here.

At the first follow-up 2 weeks later, information collected in the study indicated  that nearly 80 percent of the 104 patients who came to follow-up appointments felt “a little” or “much better” since homeopathic treatment.

Follow-ups continued at 4 week intervals with the most recent ones conducted in July 2015.  HWB volunteer, Shelly Clevidence, ND, reported in July 2015, “…Many of these people had been suffering with chronic Chikungunya for 6 months or more before being treated with homeopathy. Often, their symptoms would begin to resolve within two weeks of taking a homeopathic remedy. They have been able to return to their activities of daily living without the severe joint pain Chikungunya had inflicted on them.”
​Clinic notes from Mhaidjiv “PG” Legerme and Dr. Prosper offer further anecdotal information:
* Patients over 50 years of age experienced more serious symptoms of chronic Chikungunya and these interfere with their everyday activities significantly.
* A large number of patients presenting with chronic Chikungunya have experienced diminished vision since Chikungunya, regardless of age group.  In follow-up, these patients have reported  improvement in vision and other eye symptoms have been reduced significantly.
* Patients suffering from rheumatism prior to Chikungunya have had more severe pain since Chikungunya.  Progression since homeopathic treatment on these patients is not as significant as other patients without rheumatism.

Haiti, Homeopaths Without Borders and Chikungunya

Chikungunya, a mosquito borne virus common in Africa and Asia, was first identified in the Caribbean in December 2013.  "The lack of immunity among people living in the Americas provided a blank canvas for Chikungunya to spread throughout the population…” (CNN News)

In April 2014, HWB’s Executive Director, Holly Manoogian, reporting from Haiti said, “Homéopathes Communautaires (HCs) in Haiti are responding to the Chikunguna epidemic in their communities.  It is impressive to hear their reports as they address this escalating epidemic.” Mhaidjiv “PG” Legerme, HWB’s Haiti Liaison served as the hub for gathering and  relaying information to the HCs in Port-au-Prince and Belle Anse region.”

HWB staff and Homéopathes Communautaires have collaborated with Dr. Joseph “Joey” Prosper to learn more about treating the present epidemic of Chikungunya Fever with homeopathy.   Maintaining good communication and accurate data collection, HWB staff have collated reports from the field as they studied the evolution of the epidemic.

Dr. Prosper, who owns and operates a clinic in Port au Prince, was and continues to be, very interested in what Homeopathy has to offer in the way of treating this mosquito borne virus.    Spring 2014, he studied ten patients with Chikungunya who had fever and joint pain for at least 2 days prior to treatment.  They ranged in age from 8 months to 59 years.  He stopped any medications they were using to treat the virus.    Each participant was given 3-5 sprays from an atomizer of Eupatorium-perfoliatum 200C in water.    He followed up with each patient three days after they had taken the remedy and found that seven out of the ten had dramatically improved.  Two patients had partial recovery and one had no change in symptoms. 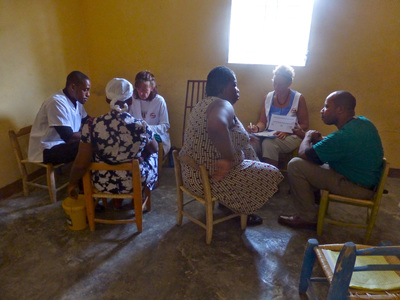 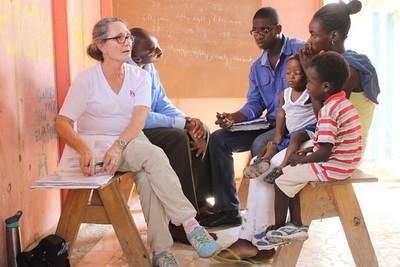 Although Chikungunya is  well known  as an “acute” illness, in November 2014, HWB staff first reported a case of relapsing or chronic Chikungunya.  Holly reported, …”Tonight during dinner, our housekeeper/cook was struggling. With my broken Kreyol, we learned she was having lots of pain in her knees and ankles.  We also learned she had had Chik in October. It's warm here now-- about 80 degrees F.  We noticed she had on a heavy shawl.  It was also raining.  She wanted to lie down, was chilly and had no thirst. We gave her Gelsemium 30c.  And now, less than an hour later she is moving around more, cleaning up the kitchen, and is no longer wearing her shawl.  We'll check in again in an hour.”

In March 2015, CNN reported, “…About 20-30 percent of cases are expected to become chronic, with symptoms such as arthritis and other rheumatic manifestations leading to physical disabilities,” Dr. Pilar Ramon-Pardo, regional advisor for Pan American Health Organization (PAHO).  She added, “Further long-term effects are psychological as people become more depressed and tired.”  (CNN-Chikungunya Infects the Americas)